5 ways to take advantage of a crisis

Every morning, entrepreneurs face a financial crisis, product release, or teamwork. But any crisis is a possibility and we will explain how not to lose it

Former CEO of the Intel company Andrew Grove once said that a crisis destroys bad companies, good companies survive after it, and majestic companies get better after it. In a modern world, a million challenges emerge during the day of a businessman, which he has to analyze and understand how to deal with them.

Such great CEOs as Steve Jobs, Bill Gates and Elon Musk try to counteract and turn a crisis into their own advantage. We decided to figure out how to do it as well.

The world-famous entrepreneur John Rockefeller, in the first two years of his own business, faced the world crisis of 1857, which at first shook the States, and eventually turned over to the whole Europe. Speculation about stocks of railway companies, excessive lending, grain and land plots have triggered a blast of financial bubbles and millions of people have lost their jobs. Rockefeller could fall into depression and suffer as everyone, but he found a way out and turned the crisis into the advantage.

During the twenty years of that crisis, he managed to capture and control 90 % of the US oil market. He accepted changes as a clearing of the market and used the existing competitive advantage for the future. Modern entrepreneurs live in turbulent times and should take steps that will benefit in the future. Let’s not forget that such giants as Microsoft and Intel also began during crisis periods. But they kept a cold head and looked at the market with a prospection of the future, not only thinking about something that was around at that moment.

Steve Jobs has become so renowned and unique Yoda for entrepreneurs because he always followed the rule “Nothing is impossible” and did not accept the answer “It can not be done.”

When he ordered contractors a specific glass for an iPhone that they never produced, they were indignant. Especially in terms of hard deadlines. But he reassured them by constantly repeating that they can do it”

In just overnight, the contractors turned their plants into glass production, and in six months they had made the first batch covering the need for the first edition of phones. Jobs’ perseverance forced contractors to go beyond their heads and create a part of the product that millions enjoyed.

The belief that you can do something that no-one has ever done before made Steve Jobs and Apple, the company and person number 1 in the world. What nobody did is not a crisis, but an opportunity to capture the world. Think outside your box.

An American entrepreneur, Samuel Zemurray, who earned his fortune on fruit trade, in particular bananas, is a fine example of how ignoring the rules can make you successful.

For his logistics, he needed to build a bridge across the river in Central America. Without it, he would lose a huge amount of money on delivery of the goods. But the authorities refused him at his request and one of the possible reasons for that is said to be the bribe from then the largest company on the market – the United Fruit.

But Samuel took it not as an inevitable crisis, but as an opportunity. He gave his engineers the task to build two supportive constructions that reached the middle of the river. If necessary, they quickly built a pontoon bridge and could ship goods across the river without a detour. When the United Fruit began complaining, he replied with a smile: “It’s not a bridge; those are just old supportive constructions that nobody needs”

There is always a time when it is necessary to take rigorous and sometimes illegal decisions for the sake of success. Although, of course, it is better to avoid them.

This technique was taken by entrepreneurs from the stoicism times. This is one of the exercises of negative thinking. Always try to predict the outcome and the negative variants of the events. This will prepare you in case something goes wrong. You will be ready because you have expected it to happen.

The more you can think of such scenarios, the greater your concurrence is. After all, you are more flexible than competitors and you already have worked out variants of your possible moves and decisions. While everybody is shocked, you are ahead of them.

This is another technique that is worth borrowing from the ancient Stoics. Do not hate your fate, love it and use it for your own good. The famous Thomas Edison was once in a situation where his production and research factory burned down to the bridegroom.

He did not get angry or suffered. Already in three weeks she restored her work and was in full swing. Edison took his fate and used the situation for his own success. Often in the life of the startup there comes a moment when it loses an investor or a talented worker. It is important to understand that we will not receive anything from tears and suffering. This is an axiom.

Those who go to the end with a full charge of energy are rewarded. Think not within your own experience box, but go beyond it. Only then will you be able to see which angle the crisis will turn over so that it becomes your advantage. 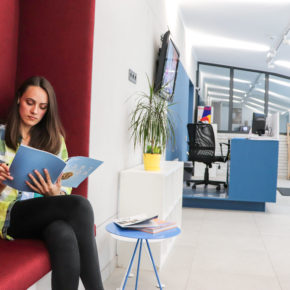 Where to go after quarantine? 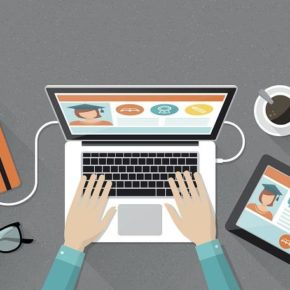 How to choose online courses? 5 tips for students 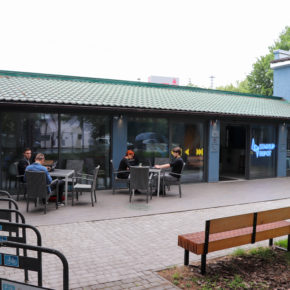 Is it possible to work effectively in hot summer?

Top 5 Training IT Courses in Lviv: Where, Why, How Much